There must be special preparation for the return of Christ and at least half of all believers will be totally unprepared. We have to see that these days have to come before the Lord can come. There has to be a falling away. I want to speak to you very exactly. All the people which are pressing into and getting ready for this glorious attained place where they shall not be found naked, where they shall be blameless, where they shall be immovable, where they shall be purified by the power of the Word of God, have within them a consciousness of the very presence of God within, changing their very nature and preparing them for a greater thing and causing them to be ready for translation. 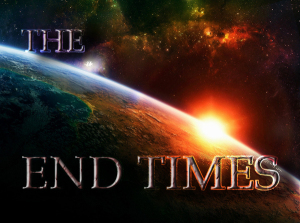 I looked at the scroll again, and again I looked to see what I had read about. I saw the skyline of a large city. Looking closer, I saw the skyscrapers were burned-out hulls. Portions of the city lay in ruins. It was not written that just one city would be destroyed, burned and in ruins, but that there would be many such cities.

The scroll was written in the first person, and seemed as if Jesus Himself were speaking. I read: “America is receiving her last call. Some nations already have received their last call and never will receive another.”

Then, in larger print, it said, “THE TIME OF THE END OF ALL THINGS IS AT HAND.” This statement was repeated four or five times. Jesus also said this was the last great revival. He went on to say: “All the gifts of the Spirit will be in operation in the church in these last days, and the church will do greater things than even the early church did. It will have greater power, signs and wonders than were recorded in the Acts of the Apostles.”

I believe in visions we have seen and experienced many healings, but we will now behold amazing miracles that have not been seen before. Jesus continued: “More and more miracles will be performed in the last days which are just ahead, for it is time for the gift of the working of miracles to be more in prominence. We now have entered into the era of the miraculous.

Many of my own people will not accept the moving of my Spirit, and will turn back and will not be ready to meet Me at my coming. Many will be deceived by false prophets and miracles of satanic origin. But follow the Word of God, the Spirit of God and Me, and you will not be deceived. I am gathering my own together and am preparing them, for the time is short.”

Again in 1963, Hagin saw this: ( I included this entire vision as a chapter in my new book, The Tumultuous2020s and Beyond. 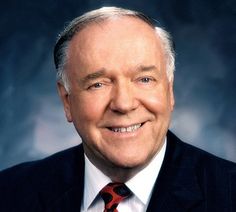 “Son, that is the darkness of atheistic communism that is sweeping across the nation—even in the minds of men in high places and politicians with great power. And this nation shall not grow more strong and you shall not have more liberty than you have now, but liberties that you’ve known and you’ve seen shall be seized and taken from you.”

And I looked again, and I could see upon the mountain a blotch, as though a bottle of ink had been spilled and spread out over several states in the south and east. And then I looked and I could see spots splotched all over the map and I said, “Lord, what meaneth this?”

“Communistic inspired hatred among races shall cause greater turmoil than your nation has seen heretofore. Yea, it is not the will of God but men’s hearts are perverse and they walk without the love of God and seek to have their own way. And so it shall be worse than you have seen.”

And so then I looked into the spirit realm and I saw falling upon that mountain a ball of fire from heaven. The closer to the Earth, the bigger it got, and then when it came to the Earth it divided into small balls or sparks of fire, and it fell upon men. And I saw an army of men rise up, and it seemed as though their hands were fire. And there sat upon their heads a tongue of fire. (When I first saw it, it seemed like their whole heads were on fire but it was tongues of fire leaping.) And I said, “What meaneth this?”

And He said, “Before the worst shall come and the day of darkness encompasses there will be those who shall go and who shall carry the fullness of My truth and the fire, not only to the states of this nation but to many other places. For there is a work that must be done, first spiritually, before the Lord shall come.

“Now prepare ye your hearts, for the time is at hand and the beginning is now; and ye shall see and ye shall know for the hand of the Lord is upon you and many of you shall be used in these last days and the work shall progress.”

In 1965 Stanley Frodsham, companion to Wigglesworth, prophesied this:

With great judgments will I plead with the population of this country. Great darkness is coming upon the countries that have heard My gospel but no longer walk in it. My wrath shall come upon them. The darkness shall be so great and the anguish so sore that men shall cry out for death and shall not find it. There shall be a lingering death, famine and great catastrophes.

My wrath shall be manifested against all ungodliness. It shall come with great intensity. You have known my love but have not experienced My wrath or My severity. My judgments are literal and not a thing to be passed over lightly.

Realize the severity of My judgments and My intense anger against the sin in My household. My judgments shall begin in My house, for I will cleanse My house that it be not a partaker of My wrath against the iniquities of the cities. Before I visit the nations in judgment; I will begin at My house. When I do cause My wrath to come upon the cities of the world, My people shall be separate. I desire a people without spot or wrinkle, and such will be preserved by Me in the time of My wrath, which will be coming upon all iniquity and unrighteousness. (this is the reason I wrote the book, Cleansing The Temple, because judgment begins in God’s house first).

An old woman of 90 from Valdres in Norway had a vision from God in 1968. The evangelist Emanuel Minos had meetings (services) where she lived. He had the opportunity to meet her, and she told him what she had seen. He wrote it down but thought it to be so unintelligible that he put it in a drawer. Now, almost 30 years later, he understands he has to share the vision with others.

The woman from Valdres was a very alert, reliable, awake and credible Christian, with a good reputation among all who knew her. This is what she saw:

I saw the time just before the coming of Jesus and the outbreak of the Third World War. I saw the events with my natural eyes. I saw the world like a kind of a globe and saw Europe, land by land. I saw Scandinavia. I saw Norway. I saw certain things that would take place just before the return of Jesus, and just before the last calamity happens, a calamity the likes of which we have never before experienced.

She mentioned four waves. For her complete vision go here.

And finally, in 2004, Oral Roberts saw a marvel that shook him:

Suddenly, in the clouds in the skies above New York City and the east part of the United States, and which hung there for quite some time and then spread out across America, without touching the ground, and then God diffused it away from America and sent it out to the nations of the earth. And I saw and I heard. What did I see? I saw something coming down from above: Smoke and vapor and blood, or it looked like that to my eyes, to my spiritual eyes.

We are living in a time when the fulfillment of these things is straining at the gate to come forth. The day is nearing when it will suddenly burst forth. Right now, the Lord is holding these things back to give the body time to prepare, but too many are wasting that time in false confidence, compromise and complacency.

We are in a process of cleansing the temple so that when the worst comes, the church shall be separate, and her impact shall be greater in quality and quantity.

Bert Farias’ books are forerunners to personal holiness, the move of God, and the return of the Lord. They also combat the departure from the faith and turning away from the truth we are seeing today. The Tumultuous 2020s and Beyond is his latest release to help believers navigate through the new decade and emerge as an authentic remnant. Other materials/resources are available on this website. You can follow him personally on Facebook, his Facebook ministry page, or Twitter.