The following visitation with subsequent word is from John Fenn (Church Without Walls International). It parallels to what I’ve been sensing and writing recently. He has given me permission to share it. Please read it prayerfully and reverently and let the Spirit of God minister to you. Besides the italicized scripture references, what the Lord actually said is also italicized.

Things are going to change in the US – the change even now has been rapid, but still gradual, over a few years, but a ‘suddenly’ will be upon us that will change everything.

In I Peter 4: 16-17 he writes: “…if someone suffers persecution for being a Christian let him not be ashamed, but let him glorify God, for the time has come for judgment to begin with God’s household…”

So it was in the visitation I’m sharing today. And while He did speak of political happenings and outcomes in this nation and others, those are not the parts I’m able to share at this time. It is the season in the Spirit for the body to judge itself.

THE BREAKING OF FRIENDSHIPS

There has been a season of breaking of friendships in the Lord, as one moves deeper in the Lord while their friend will not?

“This will be gradual at first, and even now I have been at work in the hearts of many, and will continue in gentleness of the heart, asking them to end their love affair and adultery with the world. Asking them to judge themselves. Let those who have ears to hear, hear now. Because for those who deny the churning of their heart now, there is coming a time that decision will be forced upon them. Their adultery will cease of their own doing, or will be exposed for what it is by events outside of their control. Remember what James wrote.” 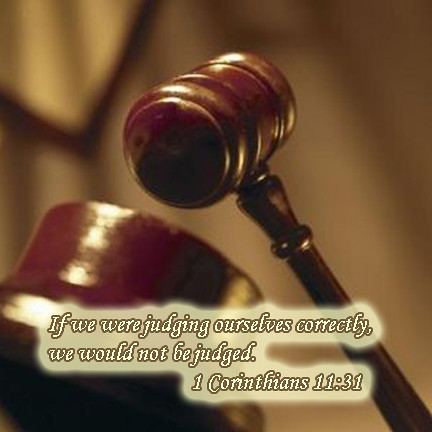 “You adulteresses; do you not know that friendship with the world is hostility against God…” (James 4:4).

Some versions like the King James state ‘You adulterers and adulteresses’, which is incorrect. Others like the NIV say ‘You adulterous people’, which isn’t correct either. The Greek is simply, ‘adulteresses’, because he is emphasizing that we are to live as the bride preparing to meet the Groom.

‘Friendship’ here is ‘phileo’, which is the love good or best friends have for one another. The word for ‘world’ is ‘kosmos’, which means ‘world system/culture’. James is accusing some of being in a love affair with the world in a deep friendship, being unfaithful to the Lord by being faithful to the world system and culture and loving it.

I would add here that He was not talking about various sins we might wrestle within ourselves. We aren’t perfect and He knows that. We aren’t accountable to perfection, but to growth. And even wrestling with sins for years is a sign of growth, for there are many who refuse to join in to wrestle with these things. The point isn’t that sins exist in our lives, but that we do wrestle against sin. Many do not. His point is specifically with those who love the world and all that is in it, their faith intertwined with the world’s system, rather than being in the world but clearly not part of it.

WHAT THE LORD IS SAYING ABOUT THIS SEASON

“Right now many are examining their love due in part to what they see in the world (the politics, instability, and ugliness of it all), some out of fear, and for many these things are leading them to rearrange their heart to stop their affair with the world and its culture, and return to me.”

“Others sense a stirring and deep dissatisfaction within (that has, in fact, been there for some time) brought to their attention by many things coming together in their world to cause this sudden awareness deep within.”

“I am working a deep desire within many to simply grow in Me, for they have finally exhausted themselves with the world and false religion and now seek Me in purity, but many don’t know where to turn. (Then He spoke to me about CWOWI and the work we are doing, our place in all this, and what He will be doing in us in the coming year, which is not relevant here).

“This is a work of the heart I am doing, for I will use anything I can to get the attention of those in Me. Lines are being drawn, decisions are being made, and soon it will become clear who is in Me and who is not. The time is approaching this nation in which a person’s faith will be precious to them. Faith in Me will become precious for many, something cherished, nurtured and protected, while others will cast me aside.”

When I asked what He meant in more detail He said:

“You’ve accurately taught from John 6 that I gave the people a difficult-to-understand parable to separate those who followed Me with ulterior motives, from those who believed out of a pure heart. But look at the rest and you’ll see.

“Also remember Paul in Ephesus (Acts 19:9), who separated the disciples. Look at when and why he did that. These are the days coming upon this nation. Study my words.”

The separation is here.

A last days oracle for America and the Church. Offer lasts until 12/30/20