This is a journal entry from April 2002 when my life and ministry was transformed during an extended time of prayer and fasting. It is a word from God that is fitting for many in this hour when the “idol” of professional ministry shall bow to Jesus and His life (The Journal Of A Journey To His Holiness).

Think back to your former days when in your innocence and simplicity you possessed a certain awareness of the reality of My presence. Surprisingly, as your knowledge of My Word increased, you forfeited a portion of that awareness. “Ministry” spoiled the innocence and simplicity of our fellowship. Your mind became somewhat corrupted by “ministry.” Religion entered back into your life in a different form and worked a measure of death birthed by the works of man.

If you will be honest with yourself and remember those former days, you will have to admit that you had an awareness of My presence not only in your solitude with Me, but on the job as well. You had a sensitivity to the sinner and were always aware of Me when in their presence. But then after being trained for ministry, and being always around believers, performance and activity became the king of all your service. A measure of My love was diminished and a measure of My awareness was lost. Religion again worked its course in you to separate you from Myself.

Put away all residue of religion and move on into the glorious life and liberty of the Son. Move on into the communion of the Holy Spirit in all phases of your life. 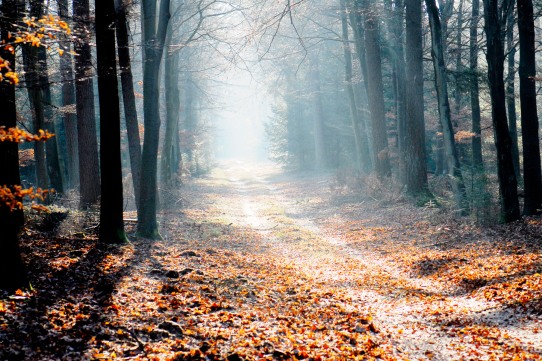 Walk in the light of God and experience the life and liberty of the Son.

I would have you know that My Son was the most un-religious person that ever walked the face of the earth. He was the last Adam. What the first Adam possessed before the fall, the last Adam possessed without ever falling. In the first Adam, before the fall, there was no religion. There were no temples made with human hands. There were no religious groups and denominations. There was not to be in the original purpose of the Godhead a division among men concerning religious persuasion or doctrine. These things are now all a product of sin and of the curse that came upon the earth.

As I have already spoken to you, one of the greatest idols in these last days that will bow its knee to My presence is the idol of “ministry”. “Ministry” has a subtle way of spoiling the simplicity of a walk with Me. The idol of ministry is birthed by the spirit of religion. It is man using My Word to do their own will in ministry. That is the reason for so much of the division that exists in My body today.

Study Isaiah chapter 14. See how Lucifer fell. Hear what he said. Was it not his will that opposed Me and My reign? Lucifer’s will desired exaltation. A desire for an honored reputation led to his fall. He has great hatred for all mankind, but especially toward those who only desire to do the will of the Father, and not their own.

In the depths of that delight to do the Father’s will lies the secret of deliverance from the spirit of religion. It is all found in the will. The key is to surrender your will on the altar of His life.

In the hearing and obeying of My counsel lies the secret to possessing that life. That life is a life of liberty that is free of religion. Religion is based on activity and performance outside of hearing and obeying. Liberty comes when you hear and obey what I say. Doing your own will engenders bondage.

The only kind of religion that is pure is the kind written in James 1:27 which is to take care of widows and orphans and to keep oneself unspotted from the world.

This is a living word which produces a living faith.

A book for our time, commanding the remnant to arise. Get your copy now!  The Tumultuous 2020s