Dutch Sheets said this in a recent article:

“A demonic tide of destruction has been unleashed upon our nation, and is taking ground at an increasingly rapid rate. Politically, economically and humanistically, there is an agenda to make this nation never again look the way it has looked before. Yet, God has not given up on America! He has great a plan and a purpose for this nation and He is calling on us to partner with His heart and His strategy in this critical hour.”

Sheets went on to compare the days we are living in to the days of Ezra, and how in response to people’s hunger and desperation  God raised up a company of leaders, among them, Haggai and Zecharias, two prophets, along with Joshua the high priest (representing God’s government), Zerubbabel the governor (representing civil government), and how they joined together to lead the people into reformation. All of them worked in agreement to move God’s people toward repentance and the restoration of the temple (see my new book, Cleansing The Temple, to discover the depth of purification and consecration that must happen to restore the glory of the Lord in His people). This is exactly where we are as a Church and a nation going into the 2020s.

The most exciting part of this account in Ezra is that in response to their obedience and righteous partnership, the Lord blessed them by decreeing that the glory of the latter house would be greater than the former (Hag. 2:9). This is my hope for the Church and the nation.

Refer to his article and be encouraged. God Is Not Done With America

Notice how the prophets, the high priest, and the governor worked together to lead the people into reformation (Hag. 1:1). This pattern is seen throughout the Old Testament. In God’s kingdom there is no separation of Church and state. We are to take the kingdom into every facet of society. When bad things happen in our country often the Church is to blame. Lack of watchfulness, prayerfulness, and obedience to God creates a vacuum for Satan to fill. When Obama, an enemy of the State in my opinion, was elected president, the Church was to blame. I know that statement will not win me more friends, but I will keep saying it. Millions of “Christians” voted for the most anti-Biblical president in American history.

We are in the mess we’re in now because too many professing Christians voted foolishly or didn’t vote at all. Hilton Sutton, the prophecy teacher, who is now with the Lord, conducted altar calls of repentance for Christians who voted for Obama. Even now, so many “Christians” have sided in with the corrupt ungodly media and have been brainwashed to hate President Trump, who has helped the Church’s cause perhaps more than any president in American history. Either discern and vote for righteousness or quit calling yourself a Christian. 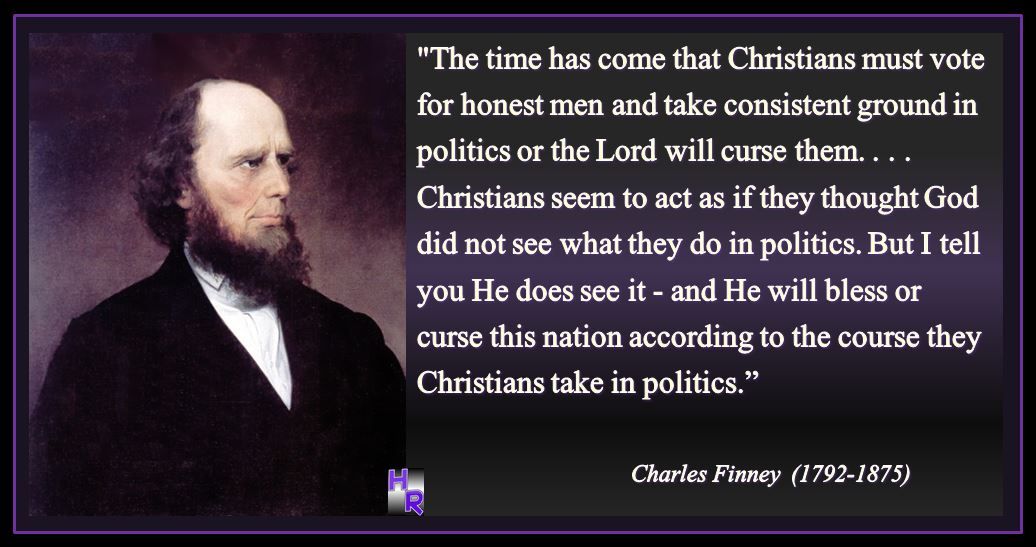 You just watch. All hell will break loose in the next election. Refer to the conspiracy essay against Trump before his presidency that I wrote two blogs ago. Expect much more of that.

I must say this again. We are in a very serious time of judgment and cleansing right now. There are two cleansings in the ministry of Jesus. He cleansed the temple at the beginning (Jn. 2) and at the end of His public ministry (Mt. 21, Mk. 11, Lk. 19). In the end, this cleansing prepared the way for a new order that His resurrection and ascension would bring.

The Church is coming into a new order and will look vastly different than it has in recent times. Church leaders and ministers must be open to this change that is coming with both new wine and a new wineskin that will foreseeably evolve in times of persecution. There must be a cleansing so that the Lord’s glory can be restored in His people before the worst shall come. America is on the edge of judgment, and we must judge ourselves so that when judgment falls on the world, the Church will be separate, and her impact will be greater. I don’t know about you, but as a minister, I’m making heart-felt adjustments and changes in my own life.

We need to heed Stanley Frodsham’s prophetic words for we are nearer to their fulfillment than when he spoke them in 1965.

“With great judgments will I plead with the population of this country. Great darkness is coming upon the countries that have heard My gospel but no longer walk in it. My wrath shall come upon them.”

And then he prophesied this:

“Before I visit the nations in judgment; I will begin at My house. When I do cause My wrath to come upon the cities of the world, My people shall be separate. I desire a people without spot or wrinkle, and such will be preserved by Me in the time of My wrath, which will be coming upon all iniquity and unrighteousness.”

THE TIME OF PLAYING CHURCH IS OVER

For the last five years on Charisma magazine and on my personal blog I along with a number of other voices have shared much on the dire state of things in our nation and the Church. Some have heeded these messages, but others continue to mock and scoff and resist truth on fire. Sadly, many of them will not survive the coming storm.

The time of playing church and being as little children and looking under the heavenly Christmas tree for the next gift is over, and we’ve entered into a time where we must put away childish things and become serious followers of our Master and understand that the war we are in is about to intensify.

Bittersweet times are ahead. We will choose our own way. Everything that can be shaken will be shaken as we enter into the times of the fear of the Lord. It is time to awaken from our slumber. You can be awakened with a kiss of kindness or shaken with the Lord’s severity. You must choose whom you will serve, for the Lord will distinguish again the righteous from the unrighteous, the holy from the profane, and the serious follower from the fan of Jesus.

Nevertheless the solid foundation of God stands, having this seal: “The Lord knows those who are His,” and, “Let everyone who names the name of Christ depart from iniquity. But in a great house there are not only vessels of gold and silver, but also of wood and clay, some for honor and some for dishonor. Therefore, if anyone CLEANSES HIMSELF from the latter, he will be a vessel for honor, sanctified and useful for the Master, prepared for every good work.” (2 Tim. 2:19-21)

He that has ears to hear, let him hear what the Spirit of God is saying to the Church.