This article was written by a pastor friend of mine, Bill Staten and edited by me. Bill is the pastor of Faith Christian Center in Cairo, Georgia. I rejoice in the voice of some bold pastors who refuse to remain silent about the state of our nation. They are educating their people and leading strong. My prayer is that more of them would arise and be unmuted in this hour.

I have heard all my life about the poor frog that got boiled in water because he was too stupid to notice the heat rising in the pot. It made an impression on me and I’ve even used it in sermons and lessons taught to a number of congregations and students. My heart was shattered to find out the truth about this illustration.

The boiling frog is a fable describing a frog being slowly boiled alive. The premise is that if a frog is put suddenly into boiling water, it will jump out, but if the frog is put in tepid water which is then brought to a boil slowly, it will not perceive the danger and will be cooked to death.

The frog is the American Church.

The Church of America has been regarded as being asleep for a very long time. If not asleep, then certainly oblivious to what is happening around us. We see the nation changing right before our very eyes and go on as if nothing is happening. Though we say we don’t like the changes, very few of us have voiced our opinion to the government. While silence is “golden” it is also deadly. It’s time to wake up and realize we are in a spiritual war that will decide the fate of the nation and the Church.

Proclaim this among the nations: “Prepare for war! Wake up the mighty men, Let all the men of war draw near, Let them come up. Beat your plowshares into swords And your pruning hooks into spears; Let the weak say, ‘I am strong'” (Joel 3:9-10).

The nation is going through a cultural change and little has been done to stop it. I’m talking about the LGBTQ agenda. The Lesbian, Gay, Bi-sexual, Transgender, and Queer culture have “come out of the closet” with an undeniable force with the motive to have America accept this lifestyle. Sex education all the way back to kindergarten is shaping the minds of our children that this lifestyle is acceptable, and that Christianity is bigoted against this culture.

It seems as if this agenda is something that sprang up overnight or at least within the last decade. But it was introduced to America at least over 60 years ago. We, as God-fearing Americans, didn’t say anything at the beginning and now it seems it’s too late (The frog beginning to boil). The biggest force behind this movement is the world of entertainment. They disguised this in movies, cartoons, soap operas, sit-coms and we laughed and thought it was cute entertainment.

The earliest I could find, even though I know there were earlier moments in films, is the movie dated 1959, “Some Like It Hot” staring Jack Lemmon and Tony Curtis where these two throughout the movie were dressed as women. It was hilarious. What entertainment! A wonderful movie to sit and enjoy. Or was it? The subliminal message was that it would be alright for men to dress like women as long as it was good clean fun. Since it wasn’t stopped and labeled as immoral by the Church of America it permitted the gay cause to continue its hidden motive of softening the Christian to accept this and other lifestyles.

In the 60’s Archie Bunker had an openly gay friend in Sammy Davis Jr. The fact that his character was gay wasn’t immediately known. It did surface when Archie wanted his picture taken with Davis to prove to his buddies that he wasn’t a racist. But Sammy got the last laugh when just as the camera was snapped, he turned his head and kissed Archie. Archie couldn’t believe that he had been kissed by another man. And America laughed at such a sight.

In the 70’s Tom Hanks, in order to find a place to stay, dressed as a woman in “Bosom Buddies” in a popular sit-com. Again, this hilarious situation goes without adversity from the church and the heat under the frog in a pot turned up a little more.

Some are very open about the gay characters while others were silent and hidden well so that it wasn’t as noticeable. It’s getting worse each and every season of new programs on major networks as well as cable networks (The Frog is certainly boiling now).

How could this happen? How could a “Christian nation” allow this culture to overtake us? Easy. Nothing was ever said. Hollywood was never challenged. The Bible was never dominant enough in our homes to question this lifestyle. So now Christians believe the LGBTQ movement’s lie that they seek only Christian love and acceptance. But the truth is that the LGBTQ movement seeks to bury Christianity by bullying us into silence and extinction. 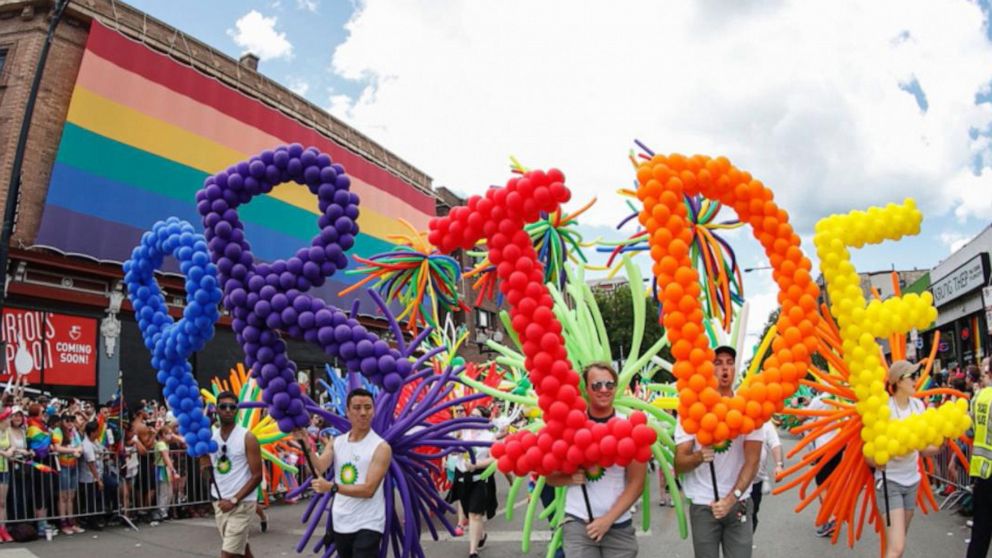 Now the lifestyle culture created by the LGBTQ community is in our face and having their say in government and in churches as well. It seems as if we cannot say anything about this community. We are expected to change our gospel and accept them as the new normal. This very letter would be regarded as a hate message, but it is directed to the church and not their agenda.

Could this happen again in another form of lifestyle? Yes, it can, and yes it is! There is a strong movement today to change this nation to be a socialist state. Socialism is slowly but surely being forced upon us. The president has vowed that this will not happen to America, but what about when he is not the president? The next generation of leadership has socialism as a target for this nation. How can this happen? They have an agenda and it has been published openly.

It was set in motion decades ago, but they needed a leader to implement subtle changes. A recent president, Barrack Obama, was the person to enable these subtle changes to get a foothold in America. The next one expected to be president, Hillary Clinton, was going to take it much, much further to the point of no return. God intervened and another president was elected unexpectantly. This president has given the Church of America a chance to wake up. We need the mighty men and women to arise.

Here is the list of agendas that must be accomplished in order to move to a socialist/fascist state.

1. Healthcare: control healthcare and you control the people.
2. Poverty: increase the poverty level as high as possible. Poor people become dependent upon the government for their provision.
3. Debt: increase the national debt to an unstainable level. This will be to raise the taxes higher and make more people live in poverty.
4. Gun Control: remove the ability for people to defend themselves from the governments control.
5. Welfare: take control of every aspect of their lives. Control food consumption, housing costs, and income.
6. Education: take control of what children are taught and only teach them to follow these standards.
7. Religion: remove religious belief in God from the government and schools. Control what can be preached and taught in a public assembly. Control the assembly as well.
8. Class Warfare: divide the people into two groups, the wealthy and the poor. This causes discontent and will be easier to tax the wealthy with the support of the poor. Siding one against the other.

Many have already made their platform known that this is what they are aiming for. This will produce a drastic change to all of America and Americans. We can sit back and let this happen as well. All we must do is remain silent.

HOW TO STOP THE ATTACK ON OUR FREEDOMS

This is the coming agenda. This is the view of the United States in the future. There is something we can do to stop this attack against freedom as we know it.

First, pray. But prayer cannot be the only thing we do.

Second, vote. Our first voice against such changes can be at the ballot box. Again, that’s not enough.

Third be vocal. Be vocal in city, county, and state issues by letting legislators know how you feel.

Fourth lead. Run for office. Be a leader that stands for the right and against the wrong.

Realize that all the signs, banners, flags, crowds, protests, and marches are people that believe in their cause. The LGBTQ community believe so much in their cause that they are willing to go to jail. They are unashamed to show PDA (public display of affection) by holding hands, hugging, kissing, and acts of intimacy openly. They are covered by their community to protect them and bail them out if necessary. Shouldn’t we Christians be unashamed about our cause? Shouldn’t we pray, lift up holy hands, sing and worship with our voices on the street and show that we are serious about our Lord’s love as well?

“For we do not wrestle against flesh and blood, but against principalities, against powers, against the rulers of the darkness of this age, against spiritual hosts of wickedness in the heavenly places” (Eph. 6:12).

The spirit that drives them is from the darkest region of evil. It is spiritual wickedness that controls the very heart and soul of the LBGTQ agenda. We have a greater force in us. He is the LORD GOD ALMIGHTY.

“You are of God, little children, and have overcome them, because He who is in you is greater than he who is in the world” (1 John 4:4).

I honestly believe that our nation needs the Christian to rise up in a power that the world cannot deny. Instead of talking about how great our God is, let’s be a demonstration of how His awesome love can change the hearts and ways of man. As one writer said, “America, you’re too young to die.”