In the name of progressivism we now have a male presidential candidate who has a husband whom he publicly introduces and even kisses without shame, while millions of Americans applaud and approve. And perhaps worse yet is that the shock effect has been so reduced that the rest of us are numb and desensitized to this most shameful and abominable behavior. And that’s all it is is behavior.

Have you seen this old quote from Gore Vidal?: “Actually, there is no such thing as a homosexual person, any more than there is such a thing as a heterosexual person. The words are adjectives describing sexual acts, not people…” (From Gore Vidal: Sexually Speaking). The fact is that the word “homosexual” wasn’t invented until 1892, when a German book on sexual perversions was translated into English (Psychopathia Sexualis was the German book).

God created male and female with sexual union between the two being first for procreation; anything outside that is merely behavior.

In 1 Corinthians 6:9 and 1 Timothy 1:10, some translations unfortunately use the word “homosexual,” when actually there is no Greek word for that (the Bible was canonized way before 1892). The word that is used in the aforementioned references is “arsenokoites”, and it just describes a male-to-male sexual union. Behavior. The Bible mentions no other gender besides male and female. There is no gender called “homosexual” or “transgender” either. That is a behavior.

This fact has been lost on millions of people across America and now the world. Even Christians have subtly allowed homosexual behavior to be elevated to the status of gender in their minds. The LGBTQ movement seeks to elevate their behavior to gender status. But one of their best-known members, Gore Vidal, had it right.

To paraphrase again, sex is a behavior, not a gender. We see the leftists’ efforts in the courts and in society to change that. Moreover, blindly and ignorantly, denominations have altered what the Bible says and yielded to this perversion. It’s a lie that Western culture in particular has swallowed. But the truth is, there are men, and there are women. The rest is behavior.

Churches and clergy who have swallowed the lie of homosexual behavior being elevated to gender status are trophies of hell and Satan’s prized possession.

The American pulpit is to blame. Preachers who know better are to blame. The constant compromising of preachers to avoid controversy is creating much damage, not only to the world, which is looking for a clear sound from preachers, but also to believers who have little discernment or are growing tired of ambiguity. For example, one very influential and popular minister who has millions of followers was asked if homosexuality was wrong, and his general response was that his views were evolving. Evolving? That’s like saying the Bible is evolving. How pathetic of an answer.

In fact, when those who practice such things that are deserving of death also approve of others who practice them (v. 32) — it is one of God’s final signs of His wrath on a society. 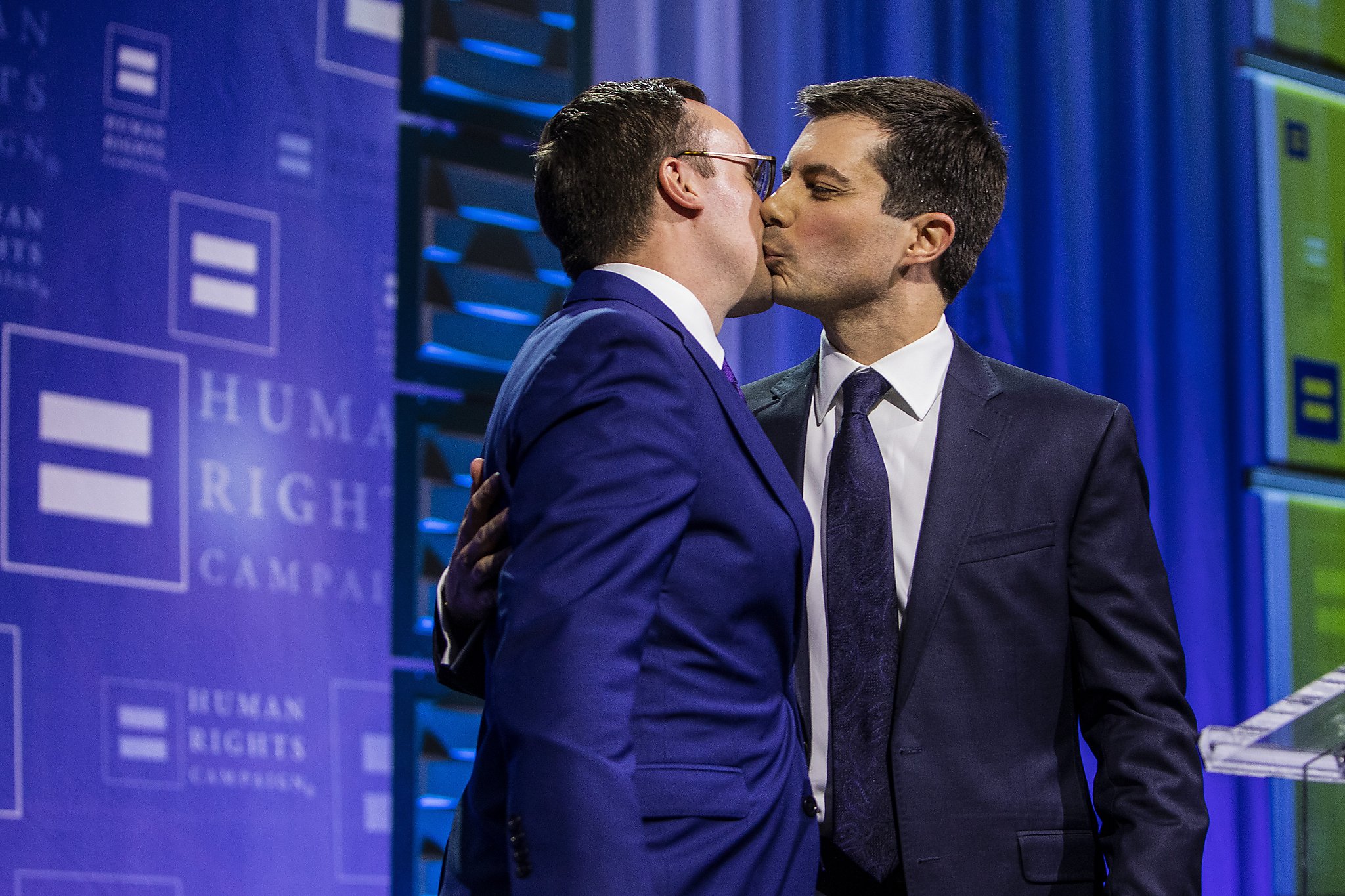 When millions of Americans applaud Pete Buttigieg and his “husband” it is the death rattle of a nation. When the never-Trump-ers and Trump-haters counteract with judgment and accusations of adultery against our own president, in response to Buttigieg’s abominable lifestyle, they are grasping for straws in a last gasp of air of a drowning argument.

My friend Dr. Michael Brown has it right in the recent article he wrote (I Will Say What the Political Leaders Cannot Not Say About Pete Buttigieg) when he revealed that repentance is the difference between president Trump and Buttigieg. Here’s what Trump said about his sins:

“I’ve never said I’m a perfect person, nor pretended to be someone that I’m not. I’ve said and done things I regret, and the words released today on this more than a decade-old video are one of them. Anyone who knows me knows these words don’t reflect who I am. I said it, I was wrong, and I apologize. I pledge to be a better man tomorrow and will never, ever let you down.”

“In stark contrast, Mayor Pete has talked about how his homosexual relationship to his “husband” Chasten has brought him closer to God. He has kissed his partner at public rallies. He is pushing his homosexuality, not apologizing for it.”

Would you please read that last phrase again very slowly and very carefully? He said his homosexual relationship to his “husband” has brought him closer to God. What!? This sounds so eerily close to the woman with the spirit of divination who followed the apostle Paul and his team, saying, “These men are the servants of the Most High God, who proclaim to us the way of salvation” (Acts 16:17).

In the above verse, when Satan used a slave girl possessed with a spirit of divination to identify herself and her fortune telling with Paul’s team, it was his master plan to defile the church of God with other mixtures. He has done this successfully throughout the ages. It’s always been his lethal stroke. “If you can’t beat ’em, join ’em” is the devil’s mode of operation. He divorces Christianity from the Bible. This is 21st century America (The Tumultuous 2020s and Beyond). This is Pete Buttigieg’s Satanic philosophy. Yes, the god he claims to be closer to is Satan.

Throughout history and in America today, Christianity has become a myriad of traditions, Satanic philosophies, doctrines of demons, witchcraft, and New Age gobbledygook. Unfortunately, some of this mixture has also infiltrated into the Pentecostal/Charismatic camp.

Buttigieg and others of his kind will do everything in his power to normalize homosexual relationships even more in the eyes of America. They are products of what the Bible calls a “debased mind” or a mind void of judgment (Rom. 1:24, 26, 28) that God Himself has given them over to.

Buttigieg will also do his best to marginalize those who are convinced that these relationships are contrary to the will of God. But once again, the Scriptures are clear:

“And even as they did not like to retain God in their knowledge, God gave them over to a debased mind, to do those things which are not fitting…who, knowing the righteous judgment of God, that those who practice such things are deserving of death, not only do the same but also approve of those who practice them” (Rom. 1:28, 32).

A pastor friend of mine just told me that every pastor and every church in America needs to get my newest book, The Tumultuous 2020s and Beyond, before the November election. We need pastors and people who believe this message is a nation-saving and Church-saving word to promote it. I wrote it out of a deep burden for the Church and the nation. Some of the above excerpts are quotes from the book.