“Then Jesus went into the temple of God and drove out all those who bought and sold in the temple, and overturned the tables of the money changers and the seats of those who sold doves. And He said to them, “It is written, ‘My house shall be called a house of prayer,’ but you have made it a ‘den of thieves.’ Then the blind and the lame came to Him in the temple, and He healed them” (Mt. 21:12-14).

The first century money changers were in the temple, but they didn’t have the spirit of the temple. Much like it is in a large segment of today’s Church, they were preferring prosperity over prayer, trading holiness for hype, and preaching a gain-is-godliness message and a God-will-bless-you-with-riches gospel. They loved money more than God. They loved business more than prayer.

Ministers who are in it for the money are a business, not a ministry. They’re in the ministry to make monetary profit thus disqualifying them from the high Christian calling and making them unprofitable servants. This attitude is prevalent and is the root cause of the evil system that has entangled a part of today’s church. 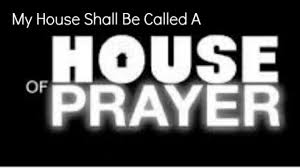 “No servant can serve two masters; for either he will hate the one and love the other, or else he will be loyal to the one and despise the other. You cannot serve God and mammon… Now the Pharisees, who were lovers of money, also heard all these things, and they derided Him…Whoever divorces his wife and marries another commits adultery; and whoever marries her who is divorced from her husband commits adultery“ (Lk. 16:13-14, 18).

For years I could never make sense of vs. 18 that speaks of marriage and divorce. How does that fit in with everything Jesus is teaching on money? I believe I found the answer. Here it is: God was married to Israel by the Law, but the Pharisees divorced Him when they married money or silver.

Notice how they were  referred to as “lovers of money”, which translates better in the original Greek as, “lovers of silver”, which is the most accurate definition of covetousness. That is very sobering, but it lines up with the truth that we cannot serve God and mammon. They were guilty of using money as a substitute for their lawful union with God.

The Pharisees began to get very upset when they realized that Jesus was speaking about them. The word “deride” means to stick their nose up at, or scoff. They were guilty of using religion and their position to steal from the people to benefit themselves–exactly what the Scriptures forbid ministers and shepherds to do.

“Tend (nurture, guard, guide, and fold) the flock of God that is [your responsibility], not by coercion or constraint, but willingly; not dishonorably motivated by the advantages and profits [belonging to the office], but eagerly and cheerfully…” (1 Pt. 5:2).

Here’s how it reads in another translation:

“Just as shepherds watch over their sheep, you must watch over everyone God has placed in your care. Do it willingly in order to please God, and not simply because you think you must. Let it be something you want to do, instead of something you do merely to make money“ (1 Pt. 5:2 – CEV)

These Pharisees were totally out of sync with the whole purpose of the Father’s house. The Father’s house is not a place to conduct business and make a buck. It is a house for calling on the Name of the Lord. It is also where the blind and lame come and are healed by the power of God (Mt. 21:14).

The atmosphere in the Father’s house is to be one of reverential prayer. The aroma from the incense of the golden altar before the throne of God is that of the saints on the earth opening their hearts in worship, intercession, and supplication (Rev. 5:8, 8:3-5). It is this incense that produces holy fire that will never go out, manifests the power of God, and releases Divine activity on the earth.

This is an excerpt taken from my new book, The Cleansing Of The Temple: From A Den Of Thieves To A House Of Prayer. Look for its release sometime in the Fall of this year.