The past week’s news headlines in America are a laboratory analysis and forecast of the perfect storm that is lambasting our falling nation.

America mourns as basketball legend Kobe Bryant dies, and every news station, sports talk show outlet, and media center in America covers his death and celebrates his achievements in a sport. Meanwhile, a pastor in Nigeria is beheaded for refusal to deny Christ, and no one cares.

I wrote an article a couple of days after Kobe’s untimely death about the vanity of a celebrity gaining the whole world and possibly losing his own soul, and Christians defend him and his Catholic faith, and call me a classless individual who wrote a “creepy post mortem commentary”. The article’s purpose was to simply put us in remembrance of the brevity and vanity of life without Christ, the permanence of eternity, and was a simple call to salvation.

The truth is America and many professing Christians don’t want their American dream deflated. They don’t want to know that there is a God they’re accountable to. They are like the disbelieving brothers of Jesus of whom He said:

“The world cannot hate you, but it hates Me because I testify of it that its works are evil” (John 7:7).

Folks, here is the big problem. Many of our celebrities and star athletes confess Jesus and have “God-talk” on their lips but they do not live for Him. As an example, the Kansas City quarterback Patrick Mahomes, whom I love by the way, is being lauded for his faith in God since his childhood, yet he is living with his girlfriend and parties with his teammates. There are numerous other examples of this type of double standard and hypocrisy in America’s entertainment industry and among our celebrities.

But here’s the worse thing: American preachers defend the faith of these individuals and praise them. They exalt them before our youth as an example of a bold Christian witness, but they’re living in sin. We not only have frauds in the entertainment industry, but the high crime is that we have them in our pulpits.

Mahomes says he participates in team Bible studies and chapel services, but who is leading them and conducting them? Who is mentoring young men like him and others, and giving them the whole counsel of God. Who speaks of sin any more? Who tells them their lives are wrong? What preacher in America lives up to this job description?

“Herald and preach the Word! Keep your sense of urgency [stand by, be at hand and ready], whether the opportunity seems to be favorable or unfavorable. [Whether it is convenient or inconvenient, whether it is welcome or unwelcome, you as preacher of the Word are to show people in what way their lives are wrong.] And convince them, rebuking and correcting, warning and urging and encouraging them, being unflagging and inexhaustible in patience and teaching” (2 Tim. 4:2). 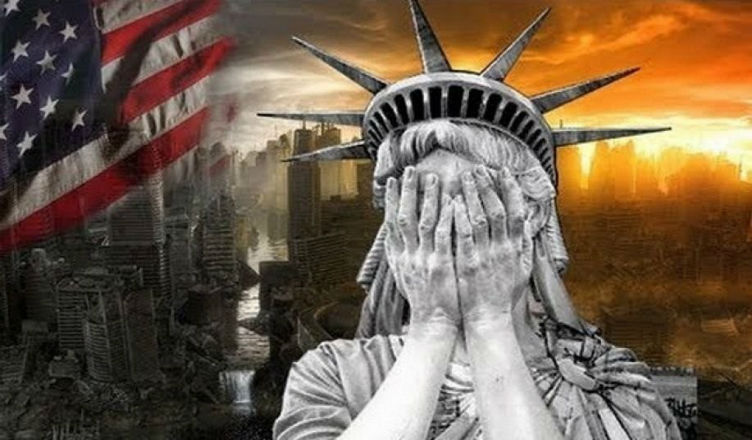 Have you ever read the following verses?

“But fornication and all uncleanness or covetousness, let it not even be named among you, as is fitting for saints; neither filthiness, nor foolish talking, nor coarse jesting, which are not fitting, but rather giving of thanks. For this you know, that no fornicator, unclean person, nor covetous man, who is an idolater, has any inheritance in the kingdom of Christ and God. Let no one deceive you with empty words, for because of these things the wrath of God comes upon the sons of disobedience. Therefore do not be partakers with them” (Ephesians 5:3-7).

Much of “Christian” America doesn’t even know such verses are in the Bible. Such popular figures like mayor and presidential candidate Pete Puttigieg are professing “Christians” who are in a same sex marriage relationship. Honestly, it makes me want to vomit when I see half of our nation idolizing such effeminate men. Oh God, how far we have fallen from Biblical standards in America!

The deception is rooted in this simple statement: We have divorced Christianity from the Bible. America is a homosexual nation because we celebrate this lifestyle and cater to them all. America’s new religion is sex in all forms, and in all fashions. We have been desensitized to sin and seduced by sex. We are a hell bound nation. The worst of it is that our children are bearing the brunt of our lust and being exploited by the thousands in the sex trafficking industry, which is so much worse than any of us know. This is all about shock value and bringing down our nation’s defenses, so that after awhile it won’t bother you.

I know many of you don’t want to hear it, but it was the Obama presidency that opened the portal of sexuality here in America to a greater measure, and accelerated this vile filth from the pits of hell. Political authority from those eight disastrous years allowed a hell-bent, full-blown deviant spirit to rule, while the church played church grow-thism and designed a consumer model to keep attendance convenient and carnal.

And worse yet, now that a true presidential leader is putting a strangle hold on some of the darkness and prevailing progressivism, and draining the national swamp of its evil, people are having hissy fits as they scream for their Sodom and Gomorrah to remain unrestricted and unrestrained. Even professing Christians are now unashamedly Trump-haters, bashing our president at every turn. Stars of champion professional sports teams, who profess Christianity, boycott their visit to the White House in protest of the most Biblical and church friendly president we’ve ever had. Shame on you. You are poor, wretched, blind, and naked.

This double standard and highly hypocritical Christianity is a recipe for disaster. It’s the perfect storm. A sleepy church and a sinful society. Unholy Christ professors and a hell bent nation. Cowards and frauds in our pulpits who won’t preach the full truth, while the world parties on into eternal damnation.

We must possess an unwavering stand for truth and righteousness to thrive in the new era. Read about it in my new book, The Tumultuous 2020s. I believe it will be a great blessing to you. Here’s what Dr. Jeff Thompson said about it:

Bert’s books are forerunners to personal holiness, the move of God, and the return of the Lord. They also combat the departure from the faith and the turning away from the truth we are seeing in our day.