“And, behold, I come quickly; and my reward is with me, to give to every man according as his work shall be” (Revelation 22:12).

Several years ago the Lord began dealing with me about preaching on “lost themes” (the end times, the rapture, the second coming of Christ, heaven, hell, holiness, the judgments of God, etc.). He said that there’s got to be more preaching on these themes for they are emphasized in the Scriptures. He said that there has been a diabolical silence on these topics. As I studied the Word of God I was amazed at how much content and emphasis is given to these vital themes. When is the last time you heard preaching on these themes?

One of the great themes I’ve given much thought to recently is concerning the judgment seat of Christ. This judgment does not involve our salvation but our works and subsequent rewards. Each act of our lives has been recorded and will be judged from the standpoint of both our zeal and our motives. All our works will be weighed on the basis of whether we have labored for the love and glory of God or for self-praise and the glory of man (Mat 6:1-6, 16-18). What have we built on the foundation of Jesus Christ? Have we given the Lord gold, silver and precious stones, or wood, hay and stubble (1 Cor 3:12)? Are our lives filled with hidden motives of pride, or pure motives of love?

The Word of God has much to say about crowns and rewards. For instance, did you know that there are at least five types of crowns mentioned in the scriptures? Here they are:

Did you know that in the world to come men will achieve different positions (Lk 19:11-19, Mat 25:23)? There will be a great difference in the rank and honor received by the saints in the next age. Man will not be rewarded or promoted on the basis of his natural talents and capabilities, but rather on his faithfulness to what was given him. Works that are done in faith, in love, and by the leading of the Holy Spirit will stand the test of God’s fire.

Above all these things, the apostle Paul hints of yet a greater prize which he himself was seeking. 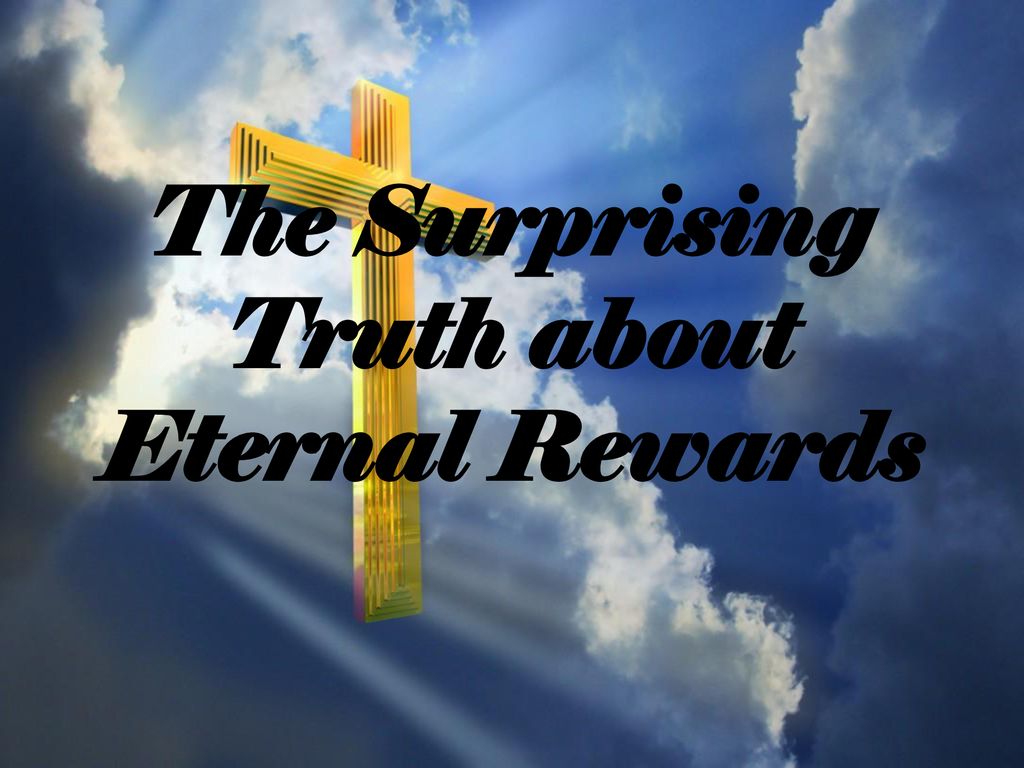 “If by any means I might attain unto the resurrection of the dead…I press toward the mark for the prize of the high calling of God in Christ Jesus” (Phil 3:11, 14).

What is this prize that Paul exerted all his efforts to attain? It appears that he was seeking diligently to be a part of a first-fruits resurrection. The Scriptures teach that there is a definite order to the resurrection (1 Cor 15:22-23). Many believers don’t even realize that this is a prize to be won. If the apostle Paul was making every effort to attain to this prize, how much more ought we?

What is necessary to attain unto this first-fruits resurrection? Note Phil 3:7-10. In spite of all that Paul had attained to in ministry—visions and revelations, miracles, churches planted, ministry workers raised up—at the end of his life he was still in hot pursuit of yet a greater prize—to win Christ, to gain Christ, to know Him! This is more than salvation. Did you know that this is the greatest prize—to win closeness to Christ throughout eternity? Not every believer will have achieved an eternal position close to Christ. Just as it was during Jesus’ earth walk, so will it be throughout eternity that each follower will fall into a special group and classification. Jesus had 500 disciples, and then 70 closer, and then 12 even closer, and then the 3 who were closest to Him, and finally John the beloved who was Jesus’ closest disciple and friend. Let me tell you that my heart burns every time I ponder these things.

OUR WORKS ARE TRANSLATED INTO BUILDING MATERIALS TO FURNISH HEAVEN

“…You are God’s building…I have laid the foundation, and another builds on it. But let each one take heed how he builds on it. If anyone’s work which he has built on it endures, he will receive a reward” (1 Cor 3:9, 10, 14).

Did you also know that God uses things we give Him here on earth to add to the substance of heaven? God put David’s tears in a heavenly bottle and wrote them in a heavenly book (Ps 56:8). God took Cornelius’ prayers and money and translated them into a memorial in heaven (Acts 10:4). The prayers of the saints are transformed into heavenly incense before the throne (Rev 5:8). The righteous acts of the saints are translated into fine linen to array the Lamb’s wife (Rev 19:8). Know that every sacrifice and trial you handle in Christ here on the earth is translated into building material for God in heaven. All our earthly victories and maturity in Christ will add heavenly materiality to our spiritual house in heaven (1 Pet 2:5).

Our new home in heaven (John 14:2) will be established according to the works we build on the foundation of Jesus Christ while on the earth. Even the heavenly city of Jerusalem is being built with our earthly works of gold, silver, and precious stones with the wall of the city having its foundations serving as a memorial to the lives of the apostles (Rev 21:14). Isn’t it interesting that the New Jerusalem is called the Bride of Christ (Rev 21: 2, 9-11)? That’s because the entire city is made with materials furnished by real men and women of God who lived consecrated and surrendered lives to God.

Dear friends, there are times we may wonder if the Lord really sees every trial we endure and sacrifice we make to serve Him, but be assured that He does. And if we want to be wise servants, we would do well to consider our reward and eternal position.

Let us run to win.

We must possess an unwavering stand for truth and righteousness to thrive in the new era. Read about it in my new book. I believe it will be a great blessing to you. Here’s what Dr. Jeff Thompson said about it: