Could what the late prophet Kenneth E. Hagin saw in September 1950 vision is upon us?

“I looked at the scroll again, and again I looked to see what I had read about. I saw the skyline of a large city. Looking closer, I saw the skyscrapers were burned out hulls. Portions of the city lay in ruins. It was not written that just one city would be destroyed, burned, and in ruins, but that there would be many such cities.

The Lord then began to speak to him about America’s last call and the end of all things being at hand.

I wrote these words nearly a month ago:

The recent Covid-19 pandemic has altered our nation, but will it be temporary? Remember, Pharaoh reneged on his promises to let God’s people go. He was not sincere. God is looking for sincerity and humility in America, in both repentance and our service to Him.

I’m warning you that if pride and arrogance continue to rule today’s church leaders and there is insincere repentance and we return to life as usual, there is something else that will come on the heels of this virus that will alter life in America again. I wish it were not so, and I hope I’m wrong. The effects of another national crisis may last longer than this one. Depending on how the church and people respond to the second thing (I don’t sense it will be another pandemic, but something else), there will be a third crisis that will change our nation for good, unless there is humility and heartfelt repentance that leads into a Spirit-filled movement and a national awakening.

Now we can see that the racial riots and senseless actions of violent thugs and looters over the unlawful death (really murder) of George Floyd that are sweeping  across our nation is indeed a second crisis.

Oh people, it’s time to serve the Lord with holy fear and trembling. To those who’ve been genuinely born again, God is our Father who loves us with an everlasting love, but don’t forget He is also a consuming fire, and it is a fearful thing to fall into His hands (Heb. 10:31). He loves even His enemies and desires to keep His hand of protection over our lives, families and nation, but we must cooperate with Him. He is patiently waiting for the precious fruit of the earth (James 5:7)and a glorious Church to arise from her anemic state and offer to Him the reward of His sacrifice.  Jesus is returning for such a Church – one who loves not their lives even unto death. He loves His church and the world so much and desires His best for all, but we must submit to Him or His protection will be removed off our nation even more, and Satan will continue to defile our land. 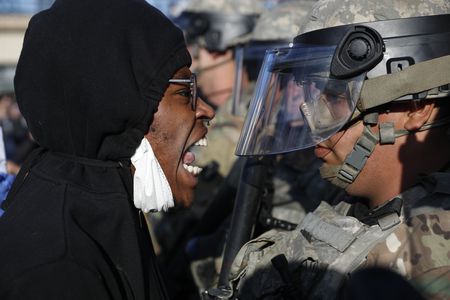 Here is a brother calling for a counter peacemaker movement:

We wake up this morning to a new trauma and an urgent invitation. Please make no mistake as you read headlines about “Protesters” and violence, survey the damage, and pick the broken pieces. Yesterday there were hundreds if not thousands of peaceful prayer vigils hosted by communities of faith. And there were hyped up but physically non-violent “protests” in different places which could be more likened to rallies.

However AFTER those, cities all over America were assaulted. There is a major difference between a protest and a riot. But what I witnessed late last night isn’t rioting. It was a calculated Anarchist attack by those who: 1. Have no hope 2. Believe there is NO value in non-violence 3. Are committed to violent overthrow of the present systems. 4. Possess no fear of God therefore possessing no foundation for internal restraint, moral governance, or the need to be governed. In sociology, a tipping point is a point in time when a group—or many group members—rapidly and dramatically change behavior by widely adopting a previously rare practice. This usually happens when the shelf life of what is standard practice, has expired or grown stale. WE ARE IN A TIPPING POINT.

Historically in America, these types of groups were considered “fringe” but today many of them have the loudest voice BECAUSE WE are not physically PRESENT. The number of black, white, Asian, Latino, and native Americans who DO NOT BELIEVE THOSE THINGS FAR OUTNUMBER those with anarchists ideas, and we are literally HANDING them the tipping point advantage.

I’m as upset and hurt by the failures of America and the police as the next man but this ENTIRE GAME is changing QUICKLY. People died last night and early this morning but the coming bloodshed will be far more grievous. I write this through dried out and blurry eyes, on less than 4 hours of rest as I attempt to keep rinsing the remnants of the tear gas that got into them. Myself and just a few of my friends stood, prayed, confronted, and tried to de-escalate the crisis as OUTSIDERS looted businesses, hurled rocks at the police, damaged properties, and RE-TRAUMATIZED my already deeply wounded city of Ferguson, Missouri.

Based not only on what I have known and experienced for many years, but what I have assessed from last night. (or I should say this morning) If MASSES are not mobilized as PEACEMAKERS in order to take control of the narrative within the next 24-72 hours; just as quickly as COVID-19 changed nations almost overnight, we will not recognize this country one week from today.

I’m going LIVE on @Civilrighteousness for the 8:18a est/7:18a morning rally in our #ISAIAH58fast and doing the DAY 2- PEACEMAKING devotional in the Field Action Guide.(you can download it for free at civilrighteousness.org)

THEN I want to share a strategy that I believe could actually significantly impact the trajectory of where this is headed if implemented immediately by even 5% of those who do not share Anarchist belief systems. Please check it out. — Jonathan Jermaine Thomas 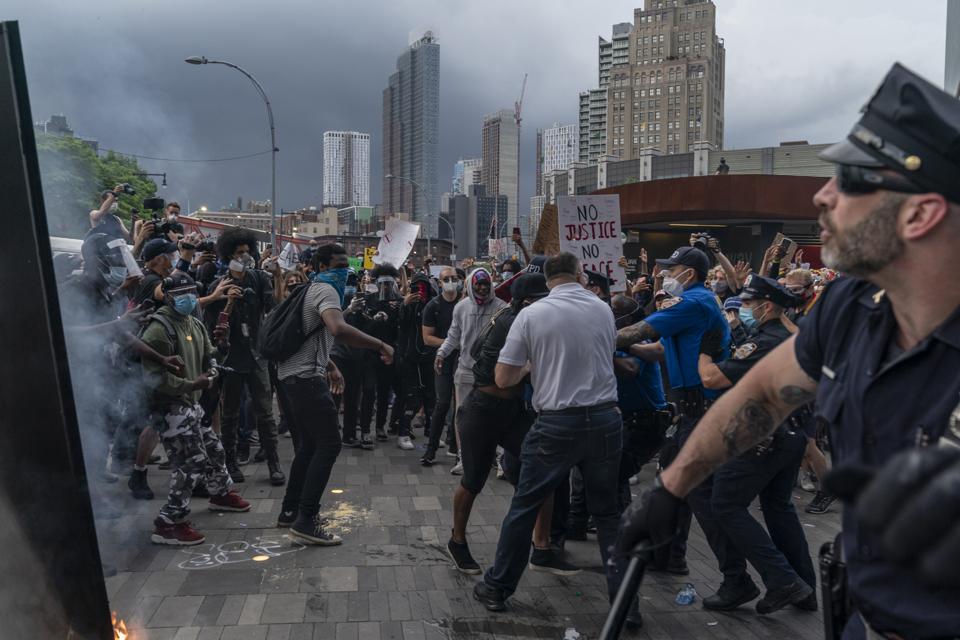 I partly agree with Jonathan and applaud his valiant efforts. But we need more than a peace-making movement. We need a mushrooming prayer movement the likes of the prayer revival of 1830-31 that began with lunch time prayer meetings with an outpouring of heart-felt contrition and broken confession of people’s sins that swept through the churches and then the nation. We also need the fearless boldness, and firepower of Pentecost to kick us out of the four walls of our churches, and as Jonathan stated, be a presence in these cities.

WHERE IS THE CHURCH?

Here’s what Mario Mario so succinctly stated yet again in his latest blog:

“Meanwhile, the true resistance—with the exception of a prophetic core— is asleep at the wheel. The army that holds the only answer to racial injustice—for the most part—doesn’t know who they are. They took the gold out of their message and replaced it with powerless sermons made of tin.

“Had there been more of the fire of God in the church, there would be less fires in the streets. If there was more of hell preached in the pulpit, there would be less hell being lived out in the inner city. The people with the solution and something relevant to say, are apologizing instead of evangelizing. The people with the bankrupt human remedy who have nothing to say, are declaring it with conviction.”

Mario is right! The people with no remedy or solution tell a lie with conviction while the Church tells the truth so poorly. We have got to do better! I believe God always has a Divine response to such evil and destruction in our nation, and it is always through His glorious Body and mighty army that it must come. We need the supernatural activity of God right now working though His people. Nothing else will work.

Have The Tumultuous 2020s started? Find out what you must do to prepare and position yourself to thrive as God’s  authentic remnant in this decade.