We are living in a time when the frequency of last days events are moving quickly to fulfillment. The day is coming when it will suddenly burst forth. Right now the Lord is holding these things back to give His body time to prepare, but many are wasting that time in false confidence, complacency, and compromise.

In the midst of the turmoil, the fear and the anxiety that’s in our nation and in our world, as I was walking and meditating, I heard the voice of God. I’ve heard that voice many times. It’s too familiar to me, and there’s no way that I can fail to understand His voice because I’m familiar with it. And instantly I heard that voice and I heard it and then I saw with my eyes something I’d never seen.

Suddenly, in the clouds in the skies above New York City and the east part of the United States, and which hung there for quite sometime and then spread out across America, without touching the ground, and then God diffused it away from America and sent it out to the nations of the earth. And I saw and I heard. What did I see? I saw something coming down from above: Smoke and vapor and blood, or it looked like that to my eyes, to my spiritual eyes.

There it was hanging so huge until it almost blotted out the sky. Instantly I thought about 9/11, when the terrorists attacked the Twin Towers and through television all of us in America, and probably the world, saw those more than 100-story-high buildings crumple and heard the cry of thousands of people who were being either killed or wounded. I remembered the fear that struck my heart and knew that what I was feeling everybody else was feeling and remembered that never in the history of the world, and certainly not of America, that something of this proportion had struck the human race and was a preview of things similar to it that were going to happen through what we now call terrorists.

First, I saw this thing hovering and great changes coming in it to where I couldn’t miss it. And then I heard, something came into my ears, and it reminded me of what a friend of mine had said when the first space capsule was released into the sky.

He was a newsman in New York City and maybe half a mile or more away from the capsule. And he said when that thing lifted off the earth, there was a sound, and the sound itself moved the weeds and the growth, and he said, “It penetrated my body.” He said, “As I talked to others, they felt the same thing.” He said the sound was so enormous that nothing had ever happened like it in the history of the world. Instantly, I thought of that because the sound that was coming into my ears was penetrating my whole being.

He said, “America has been set aside by a special covenant that I made with many of the people who came to found this nation several hundred years ago, that this was My nation and the gospel was going to go out from it unlike any other nation and there’d be more gospel going out from America.”

And He said, not only would there be a powerful military presence in the United States unlike any other nation, but it would be the center of the gospel that I was sending out.

And He said to me, “You remember that I said in My Bible to my disciples 2,000 years ago, ‘Go into all the world and teach all nations, and when that teaching has reached the nations then shall the end come.'” And then he startled me. He said, “With all of the widespread force of my church in the world, but particularly in the United States, which is the source of most of the gospel that’s being preached in all the world,”

He said, “There is a wasting of My power, there is a failure to grasp the end time. And the church, they are coming to church on Sunday morning mostly for themselves. And the preachers, for the most part, are not really concerned about the nations of the earth.”

“They’re concerned about the little group that is there, and they sing their songs and they get up and preach.” And He said, “When 9/11 struck, there was a fear that came into the hearts, even of My people of the church and of the people outside the church. And millions the following Sunday or two rushed to go to church.”

“But the preachers were not prepared, and most of them didn’t even preach on it and didn’t even talk about it being the sign of something that’s coming hundreds of thousands of times bigger.” 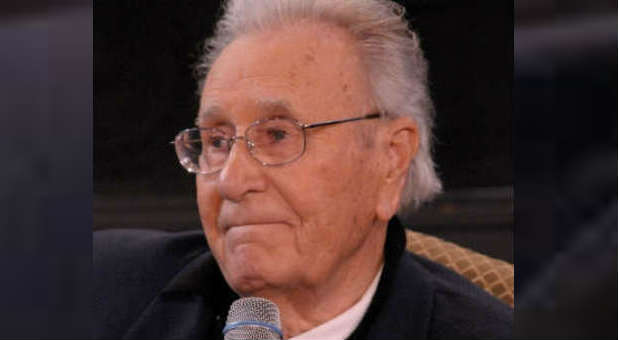 He said, “When those planes of the terrorists struck the Twin Towers in New York City and they gradually came tumbling down, it was something bigger than people had ever seen, but it’s nothing in comparison to what’s going to happen in the second coming of my Son.” And so He said, “My church was not prepared to deal with that, and people came to church and then nothing much happened and they dropped back and many of them went back to their bars.”

“And there I was with my whole creation that’s alive in the earth, not counting all those who have died—millions who have lived and died, all of whom will be resurrected at some time in the future, having to do with the second coming of my Son, some to everlasting life, some to live forever in their new bodies and some to everlasting shame and contempt forever lost.” And He said, “I love people. I created them. I love them by creation. I love them because I sent My only begotten Son.” And instantly I thought of the great show that Mel Gibson made of The Passion.

When millions upon millions went to see it and are seeing it now all over the world. I remember when I sat there with my wife, watching it, and how my soul was stirred and the tears sprang from my eyes and my body trembled as I saw something about the sufferings of Jesus, the Son of God, to save the human race and so that the devil would not destroy God’s creation. He would not destroy men, women and children that God had created and for whom Jesus had died and rose from the dead that we might be born again—we might repent of our sins and have salvation and come into a readiness for the coming of Christ.

“And first of all I’m going to rapture, or catch up, My people—the people who are born of my Spirit and filled with My Spirit and serving me. I’m going to catch them up in a moment of time and they’ll meet My Son in the clouds and come on into heaven, into My presence. And then not long after I’m going to bring that bride of Christ back with Jesus when He comes the second time to the earth, and that’ll be the beginning of the judgment of the nations.”

But He said, “The thing that is breaking my heart is that I commanded my people, I commanded My church to preach the gospel in all the world and to teach all nations. And while they are evangelists and pastors and prophets and apostles and all kinds of my workers in various parts of the world and in some of the nations of the earth, it’s just a drop in the bucket to what I commanded My disciples to do.”

“And I love people so much I cannot afford to let people go on like they are. And then He directed my attention to the book of Matthew, the 24th chapter, where He speaks in the 24th chapter and beginning at verse 35:

Now, He reminded me in the 6th chapter of Genesis that the earth was filled with violence and it was so full it couldn’t be any more full and it grieved the heart of God that He had made man and he decided that He would destroy man and begin over, and He established a remnant and it was a family: Noah and his family. And He commanded him to build a huge boat that would take two of every living thing in it so when the flood came—and they’d never had rain before in the earth, it had been watered by a mist.

Now, there’s got to be preaching with fire in the belly!

There’s got to be an anointing of the Holy Ghost. My church has to wake up because what I’m revealing in this sign that “every” eye is going to see, “every” ear is going to hear. They’ll see this thing. They will not necessarily know what it is, but it’s a wake-up call about the Second Coming of my son!

It’s not going to come and touch the earth. It’s going to be seen, it’s going to be heard, and people are going to become aware of the drama of the end time, of the Second Coming of Christ. When He splits the skies and comes back with His bride and takes over the reign of the earth and He destroys the Antichrist, who will arise at that time. He will destroy the followers of Antichrist and He’ll establish His kingdom upon the earth. And He said, “I cannot let anybody live and die without knowledge that my Son is coming back the second time.”

10 thoughts on “The Sign of Christ’s Coming: A Vision Given to Oral Roberts”