There is such a great need in this hour for the unveiling of the intimate and excellency of the holy knowledge of the real Jesus.

Oh people, do you see what we’ve done with the Holy One?

Why is there an increasingly number of people in the West so confused or deceived about who Jesus really is? Why do they seem to have so little depth or spiritual substance in their lives? Why can’t some people’s Christianity seem to go beyond, “Jesus said, do not judge?” Is it not in large part due to the distorted message of Him that our pulpits, our preachers, and our churches have presented? Is it not for the lack of example we’ve had in many Christian leaders? Similarly, the reason for much of today’s current moral and cultural malaise stems from the Church’s distorted image and message of Christ.

The image of Jesus for many professing Christians has been shaped by the society around them.  Unless you have an intimate relationship with the Holy One and His Word, the image you have of Him will be distorted. It will resemble the pop culture you live in and what the people of that culture worship. In the West, self is god. Corruptible man is worshipped. Humanism rules. And this is what we see in much of today’s Church. This is what we see during the Christmas holidays. Jesus is Santa Claus who has come bearing gifts for all of us while His demands are ignored. 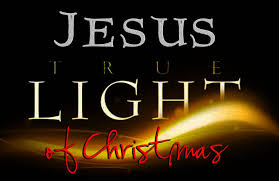 The fewer preconceptions we bring from the outside, for instance in the reading of the gospels, the more clearly we shall see Him and hear Him as He really is. It is all too easy to believe in a Jesus who is largely a construction of our own imagination—an inoffensive Person whom no one could dislike or disapprove of, and certainly whom no one would ever crucify.

But the Jesus we meet in the gospels is far from being an inoffensive person. On the contrary, He caused offense quite frequently. Even His own loyal followers found Him to be offensive and quite disconcerting at times. He upset all established notions of religious propriety.

An inaccurate, distorted, and unbiblical view of Jesus is a big reason why many pastors fail to confront sin in the Church and speak of the evils in our society and educate people on true morality.

When asked why pastors don’t speak out against the evils in our nation and government one influential pastor said, “I think one reason is a lot of Christian leaders have the wrong idea about Jesus. They see Jesus as this little, wimpy guy who walked around plucking daisies and eating birdseed and saying nice things, but never doing anything controversial.”

Oh, how wrong they are. Read the red letters of Jesus. It will be an eye opener for you. There was no political correctness about Him. He was firm. He was direct. And He usually rocked the boat. Such a contrast from the baby Jesus in a manger that is depicted at Christmas time. Yes, He was once a baby, but in glory He was born. The shepherds were frightened when they saw the glory of the Lord that surrounded His birth.

“Suddenly, an angel of the Lord appeared among them, and the radiance of the Lord’s glory surrounded them. They were terrified…” (Lk. 2:9, NLT).

As Christ was formed in Mary’s womb by the power of the Holy Spirit so has He been formed in every true born again believer. That is the true fulfillment of Christmas and why He came.

Do you know Him? Is He in you?

This Christmas series contains modified excerpts from my book, The Real Jesus. It is a book that I’d love to put into the hands of many during this holiday season. It would make a great gift.

If this article has been a blessing to you please share it. And may God make you a blessing during this Christmas season as you exalt the Lord Jesus Christ.